Photocatalysis can be described as a redox reaction catalyzed by a semiconductor material excited to the surface of which the reactants are adsorbed. Photocatalysis is called heterogeneous when the catalyst (semiconductor) is not soluble in the reaction medium.

The most widely used semiconductor is titanium dioxide (TiO2). TiO2 has a lot of advantages compared to other semiconductors such as its efficiency, non-toxicity, stability and low cost.

The figure below summarizes all the reactions occurring at the surface of a semiconductor, TiO2, under the action of a suitable UV radiation

In the photocatalytic processes, catalyst activation is done via a light source. When the semiconductor is irradiated with an appropriate light source, the absorption of a higher energy photon or equal to the gap allows for electron transfer between the two bands and so form an electron / hole pair (e- / h +). The lifetime of these pairs e- / h + is sufficiently long to form a redox system and allow the capture of e- by electron acceptors and filling h + by electron donors. The generated radicals thus enable the degradation of a wide range of pollutants including volatile organic compounds (VOCs).

The VOC are molecules dissolved in the air, which represent harmful pollutants for indoor air; among them, smells, chemical compounds and all kind of harmful gases.

By choosing the ANEMO technology involving photocatalysis, you contribute to creating a healthy air.

The air purification and disinfection systems designed and developed by ANEMO are powered by a new tri-active technology that revolutionize the air treatment. The ANEMO air purification devices are used for complete disinfection and deodorization of indoor air. They help to reduce the illness risk linked to bacteria and viruses contamination. 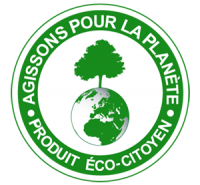 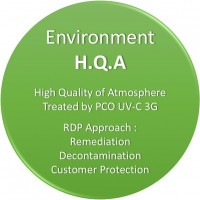